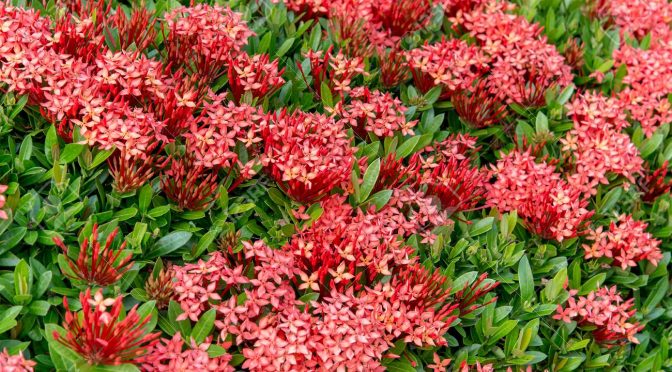 Ixora chinensis is a multi-stemmed, erect, evergreen shrub growing up to 2 metres tall, but more commonly less than 1 metre. The plant is harvested for local medicinal use. It is widely cultivated as an ornamental, valued especially for its long-lasting flowers.