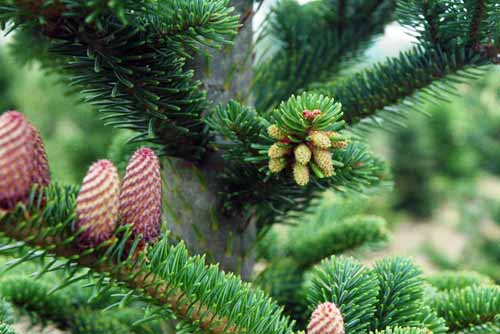 Conifers are cone-bearing seed plants with vascular tissue. All living conifers are woody: most are trees; some are shrubs. The earliest conifers appear in late Carboniferous
(Pennsylvanian) period (~ 300 mya). These plants do not depend much on water. Other adaptations are pollen (so fertilization
can occur without water) and the seed, which allows the embryo to be transported and developed elsewhere.
Conifers were eventually overtaken by the flowering plants, which first appeared in the Cretaceous. Flowering plants
became dominant in the Cainozoic era.