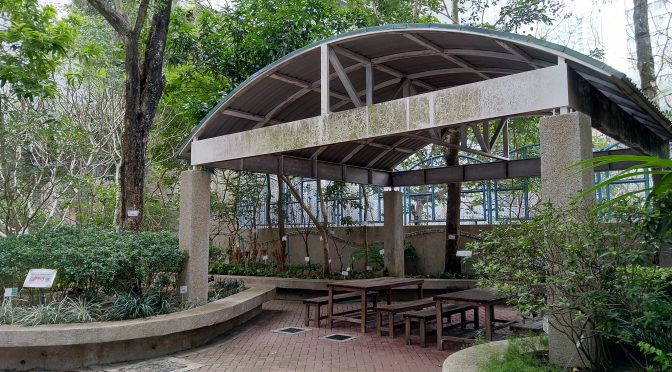 Syzygium cumini, commonly known as Jambolan Plum or Black Plum, is one of the best-known species in the angiosperm family Myrtaceae. It is a large evergreen tropical tree that usually grows 10-15m tall but can reach a height of up to 30m and live more than 100 years. Under its dense foliage, it has a thick greyish-brown bark with exfoliating woody scales which becomes lighter grey higher up. The oblong-ovate leaves are leathery and turpentine-scented. Its fragrant flowers are greenish-white in colour and arranged in a cluster. The fruit is oblong shaped and looks like large berries which change from green to dark-purple or nearly black as it matures.

Jambolan Plum is native to the Indian sub-continent and many other adjoining regions of Southeast Asia such as India, China, and Sri Lanka. It was introduced and cultivated to many different places overseas in tropical and subtropical regions for its edible fruits or as ornaments. Jambolan Plums and plants in the same genus are commonly found in Hong Kong. Particularly, a Jambolan Plum has grown to 16m and has lived up to 120 years in Kowloon Park. In India, Jabolan Plum is often planted near Hindu temples and is venerated by Buddhist as this tree is considered to be sacred to Lord Krishna.

For culinary and Medicinal Uses

The fruit of Jabolan plum has a sweet, slightly sour and astringent flavour. It is fleshy, edible and can be made into jams, tarts, or even vinegar and wine. In addition to its culinary use, different parts of this plant have a long history of use in alternative medicine. The fruit has been used for the treatment of diabetes mellitus, cough, and diarrhoea. The seed is found to lower blood glucose level in treating diabetes. The bark is also used in treating sore throat and bronchitis.