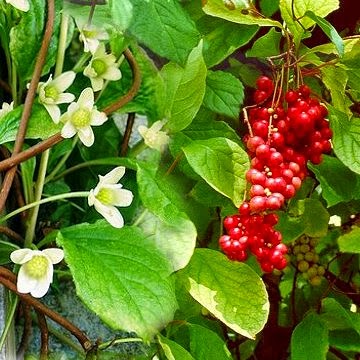 Schisandra is a plant. The fruit is used as food and also to make medicine.

Schisandra is used as an “adaptogen” for increasing resistance to disease and stress, increasing energy, and increasing physical performance and endurance.

It is also used for treating hepatitis and protecting the liver from poisons. The Chinese have developed a liver-protecting drug called DBD that is made from schizandrin, one of the chemicals in schisandra.

Some people use schisandra for improving vision ad muscular activity, protecting against radiation, preventing motion sickness, preventing infection, boosting energy at the cellular level, and improving the health of the adrenal glands.