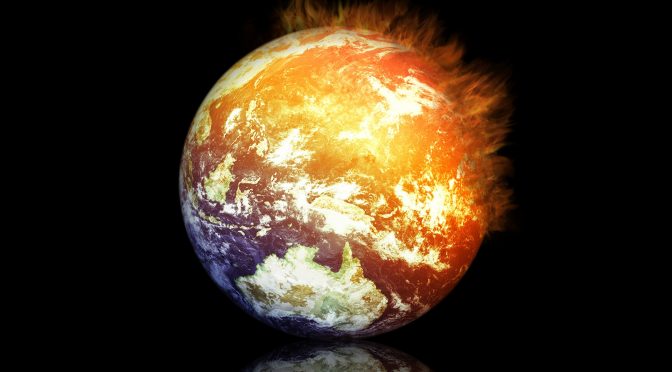 Global climate change has already had observable effects on the environment. Glaciers have shrunk, ice on rivers and lakes is breaking up earlier, plant and animal ranges have shifted and trees are flowering sooner.

Effects that scientists had predicted in the past would result from global climate change are now occurring: loss of sea ice, accelerated sea level rise and longer, more intense heat waves.

Scientists have high confidence that global temperatures will continue to rise for decades to come, largely due to greenhouse gases produced by human activities. The Intergovernmental Panel on Climate Change (IPCC), which includes more than 1,300 scientists from the United States and other countries, forecasts a temperature rise of 2.5 to 10 degrees Fahrenheit over the next century.

If Earth warms more than 1.5 degrees, scientists think the world’s ecosystems could start to collapse. In the worst case scenario, we might even the 1.5-degree temperature-rise mark by 2030.

At present rates, it’s expected that 60% of all coral reefs will be highly or critically threatened by 2030. The globe’s ice caps will continue to melt, and crucial ice sheets like the one in Greenland might start down an irreversible path toward disappearing completely. That will lead to more sea-level rise — about 0.3 to 0.6 feet on average globally by 2030, according to the US’ National Climate Assessment. The risk of high-tide flooding (which happens in the absence of storms or severe weather) is rapidly increasing for communities on the US Gulf and East Coasts. The rising seawater won’t be distributed evenly across the globe.

Extra warmth and water means hurricanes will become slower and stronger. In the next decade, we’re likely to see more cyclones like Hurricane Dorian, which sat over the Bahamas for nearly 24 hours. When storms are slower, their forceful winds, heavy rain, and surging tides have much more time to cause destruction.