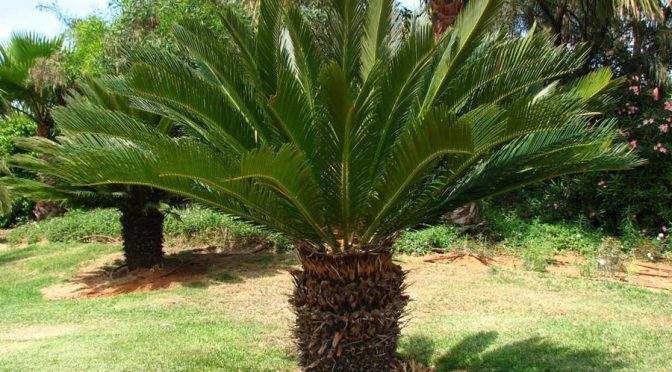 It is not certain the exact number of species of tree ferns there are, but it may be closer to 600-700 species. Many species have become extinct in the last century as forest habitats have come under pressure from human intervention.

Unlike flowering plants, tree ferns do not form new woody tissue in their trunk as they grow. Rather, the trunk is supported by a fibrous mass of roots that expands as the tree fern grows.

A number of tree ferns have become quite rare as a result of overcollection by humans. The root mantle on the trunk has been a commercial source of “orchid bark,” a fibrous nonrotting substrate for cultivating orchids and other epiphytic plants. The trunks have been carved into tiki statues and other craft items typically sold to tourists in tropical resorts. The trunk cross sections also produce a beautiful pattern of light and dark tissues originating from the vascular system of the stem and the leaf traces. These have been used for making various handcrafted items, including plates. Finally, a number of species have been collected from the wild for cultivation in greenhouses and conservatories. Governments have responded to these conservation threats by listing most tree ferns under the Convention on International Trade in Endangered Species of Wild Fauna and Flora (CITES), which prohibits international commerce involving these plants without a special permit.