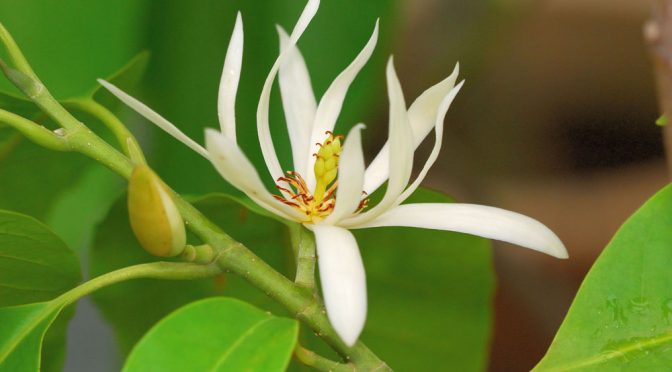 Magnolia × alba, also known as the white champaca, white sandalwood, or white jade orchid tree, is a flowering plant of hybrid origin that is commonly cultivated in Southeast Asia and tropical regions of East Asia. Although the exact origin is uncertain, it is considered to be a hybrid of Magnolia champaca and Magnolia montana.

Magnolia × alba is widely cultivated as an ornamental in Asia, particularly tropical and subtropical regions of China and Southeast Asia for the strongly fragrant flowers.

In Taiwan, the flowers are plucked from trees before they open and bunches of them are strung together on wire, to be sold at roadside to truck and taxi drivers. The flowers remain fragrant for several days, before wilting and being disposed of.