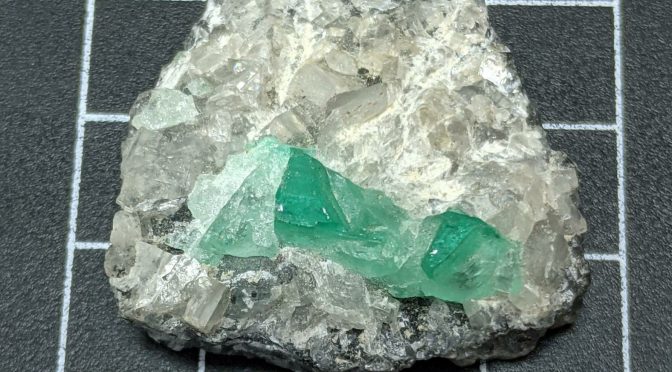 We are thankful for the generous donation of the precious Emerald Stone from Consul General of Colombia Mr. Yobani Velasquez Quintero. Not only does it enlighten students with more knowledge on minerals, but most importantly, as the traditional gemstone from Columbia, the gift nurtures students with culture and global awareness.

Emerald is gemstone and a variety of the mineral beryl (Be3Al2(SiO3)6) colored green by trace amounts of chromium and/or sometimes vanadium. Well-known varieties of beryl include emerald and aquamarine. Naturally occurring, hexagonal crystals of beryl can be up to several meters in size, but terminated crystals are relatively rare. Pure beryl is colorless, but it is frequently tinted by impurities; possible colors are green, blue, yellow, and red (the rarest). Beryl can also be black in color. It is an ore source of beryllium.

Most emeralds are highly included, so their toughness (resistance to breakage) is classified as generally poor. Emerald is a cyclosilicate.

Beryl is found in Europe in Norway, Austria, Germany Sweden, Ireland and Russia, as well as  Colombia, Brazil, Madagascar, Pakistan, South Africa and Zambia. US beryl locations are in California, Colorado, Georgia, New Mexico and Utah.