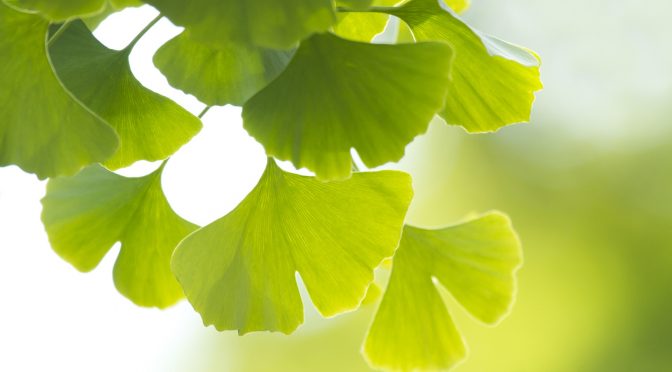 Ginkgo is a large tree with fan-shaped leaves. Although Ginkgo is a native plant to China, Japan, and Korea, it has been grown in Europe since around 1730 and in the United States since around 1784. The ginkgo tree is thought to be one of the oldest living trees, dating back to more than 200 million years.
Ginkgo leaf is often taken by mouth for memory disorders including Alzheimer’s disease. It is also used for conditions that seem to be due to reduced blood flow in the brain, especially in older people. These conditions include memory loss, dizziness, difficulty concentrating, and mood disturbances. Some people use it for leg pain when walking related to poor blood flow (claudication).
In manufacturing, ginkgo leaf extract is used in cosmetics. In foods, roasted ginkgo seed, which has the pulp removed, is an edible delicacy in Japan and China.

The list of other uses of ginkgo is very long. This may be because this herb has been around for so long. Ginkgo biloba is one of the longest living tree species in the world. Ginkgo trees can live as long as a thousand years. Using ginkgo for asthma and bronchitis was described in 2600 BCE.