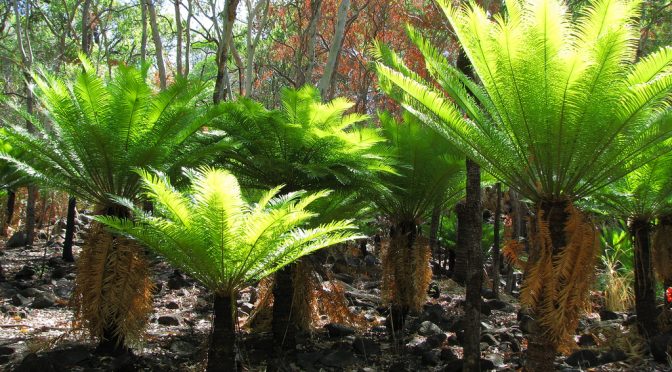 The Jurassic Period was named early in the 19th century, by the French geologist and mineralogist Alexandre Brongniart, for the Jura Mountains between France and Switzerland. Much of the initial work by geologists in trying to correlate rocks and develop a relative geologic time scale was conducted on Jurassic strata in western Europe.

The Jurassic was a time of significant global change in continental configurations, oceanographic patterns, and biological systems. During this period the supercontinent Pangea split apart, allowing for the eventual development of what are now the central Atlantic Ocean and the Gulf of Mexico. Heightened plate tectonic movement led to significant volcanic activity, mountain-building events, and attachment of islands onto continents. Shallow seaways covered many continents, and marine and marginal marine sediments were deposited, preserving a diverse set of fossils. Rock strata laid down during the Jurassic Period have yielded gold, coal, petroleum, and other natural resources.

During the Early Jurassic, animals and plants living both on land and in the seas recovered from one of the largest mass extinctions in Earth history. Many groups of vertebrate and invertebrate organisms important in the modern world made their first appearance during the Jurassic. Life was especially diverse in the oceans—thriving reef ecosystems, shallow-water invertebrate communities, and large swimming predators, including reptiles and squidlike animals. On land, dinosaurs and flying pterosaurs dominated the ecosystems, and birds made their first appearance. Early mammals also were present, though they were still fairly insignificant. Insect populations were diverse, and plants were dominated by the gymnosperms, or “naked-seed” plants.

Although no new major plant groups originated during this time, Jurassic plant communities differed considerably from their predecessors. The seed-fern floras, such as Glossopteris of Gondwana, disappeared at or near the Triassic-Jurassic boundary. Their demise may be related to the mass extinction seen in marine ecosystems. True ferns were present during the Jurassic, but gymnosperms (“naked-seed” plants) dominated the terrestrial ecosystem. Gymnosperms originated in the Paleozoic Era and include three groups: cycads and cycadeoids, conifers, and ginkgos. All have exposed seeds and rely on wind dispersal for reproduction. The cycads (including the modern sago palm) and the extinct cycadeoids are palmlike gymnosperms. They proliferated to such an extent that the Jurassic has been called the “Age of Cycads.” The conifers (cone-bearing plants such as modern pine trees) also made up a large part of Jurassic forests. Almost all modern conifers had originated by the end of the Jurassic. The ginkgo, a fruit-bearing gymnosperm that is represented today by only one living species, was fairly widespread during the Jurassic.

The first undisputed fossil evidence for angiosperms (flowering plants) is not found until the Cretaceous Period. However, some pollen material similar to that of angiosperms has been reported in rocks of Jurassic age. Also present are fossils of insects whose present-day descendants depend upon angiosperms, suggesting that angiosperms may indeed have been present by Jurassic times.