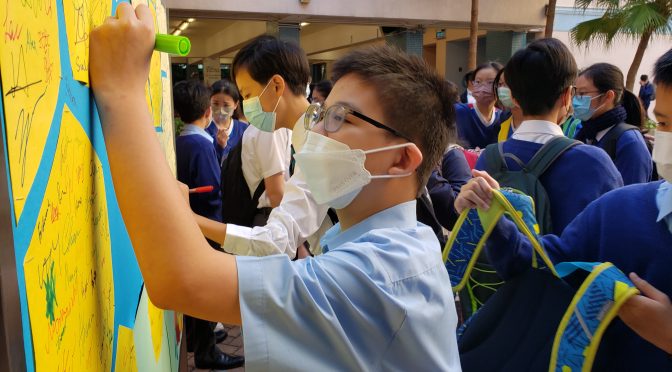 In order to raise awareness of biodiversity and species conservation, Green Gurus has organized a Honey Bee Conservation Signature Campaign. Honey bee has a paramount role in the ecosystem. Almost 75% of crops are pollinated by bees and other insects, making agriculture and food production possible. However, urbanization and pesticides are threatening their survival.

Green Guru initiated the campaign to spread the message of honey bee’s role in pollination and raise awareness of bee’s importance in agriculture and stable food supply. 390 students and teachers have shown their support towards honey bee conservation by signing on the campaign board.